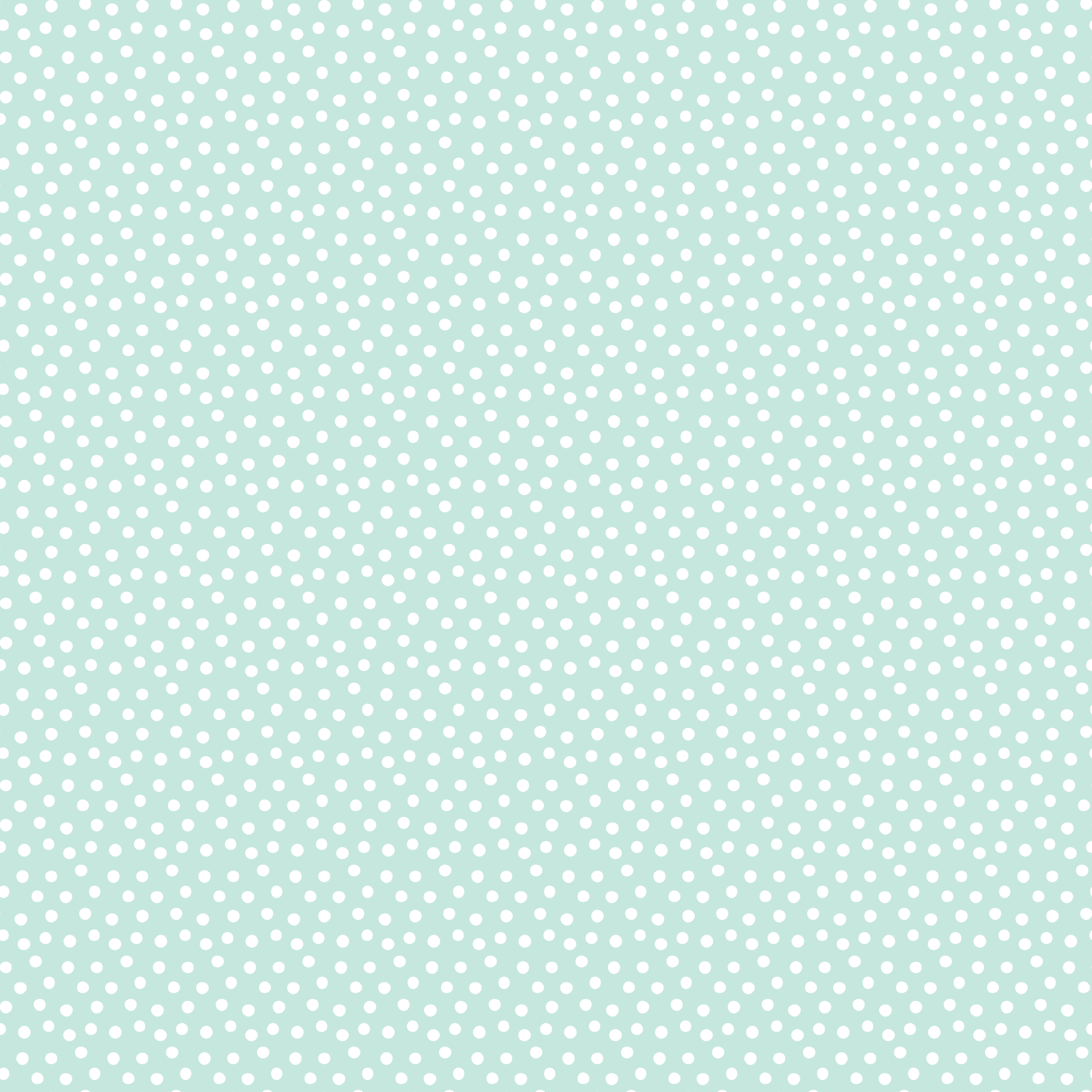 I’ll admit I was incredibly dubious about pumpkin picking. Every other year I have looked at the pictures flooding Instagram in October, genuinely confused as to why people would bother getting the kids wrapped up for a 5 minute activity and a few pictures…

This year PYO seems to have upped its game though so we headed to Felderland Fam between Deal and Sandwich – and I stand corrected, it was super sweet. The kids had a ball, the sun was shining and as with anything in 2020, it was just nice to get out for a few hours!

It costs £6 for the family plus an extra £2 for Mum – which I thought was just about bearable since you are essentially just paying to stand in someone’s field. When we got there though, I was pleasantly surprised about the effort that had clearly gone into it – painted hay bales, play zones, wheelbarrows (which the kids adored) plus a separate field with seating, a play area, lovely coffee, and a few lunch/snack options. It was also really well organised and the staff were so friendly.

TOP TIP #1: Just let the kids pile the pumpkins in, its part of the fun, tell them at the end you’ll be playing a game to whittle it down to one each or something!

TOP TIP #2: Long the activity out with a few games of find the biggest, find the smallest, the funniest, the one that looks like Daddy etc 😉 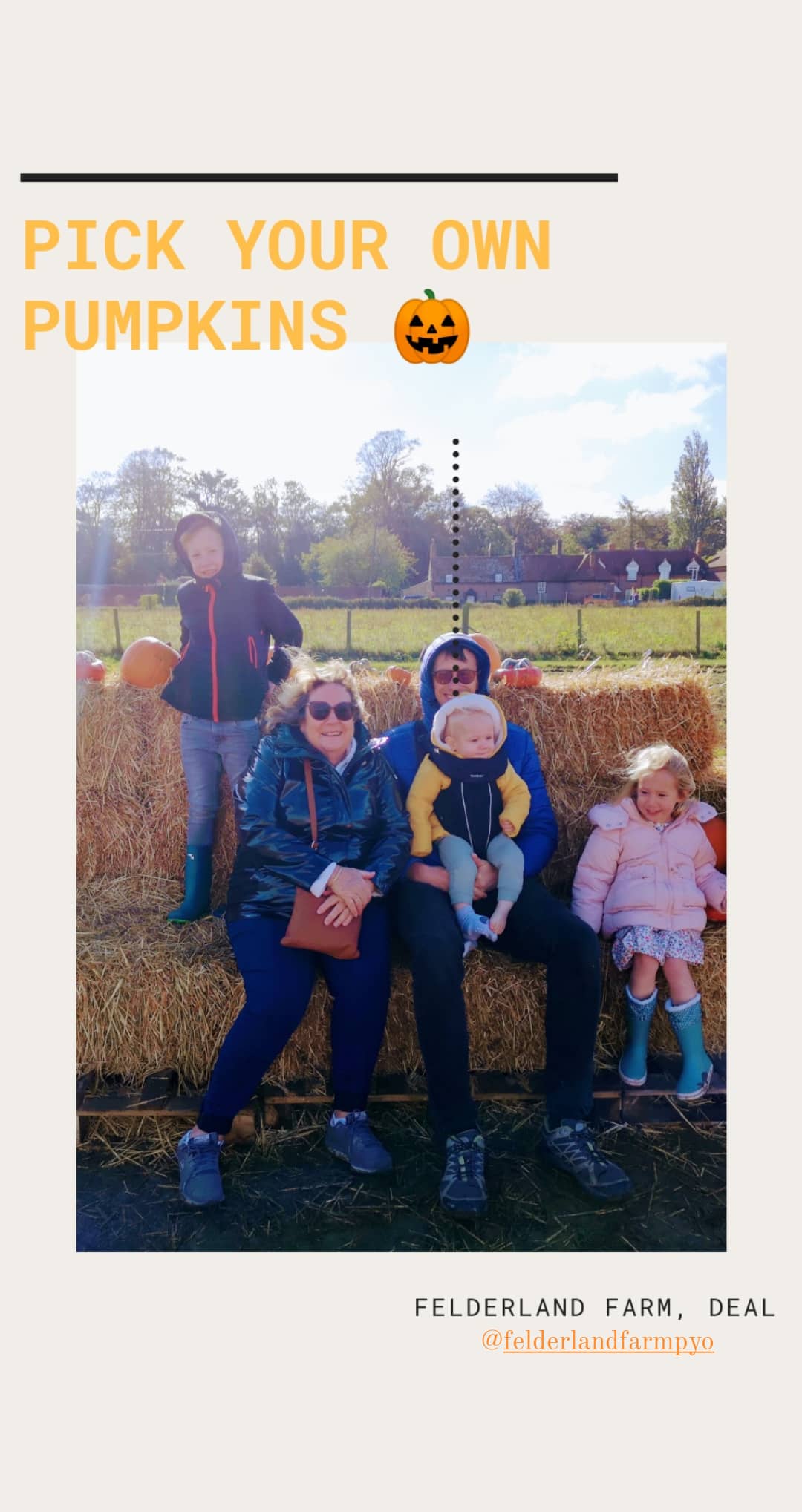 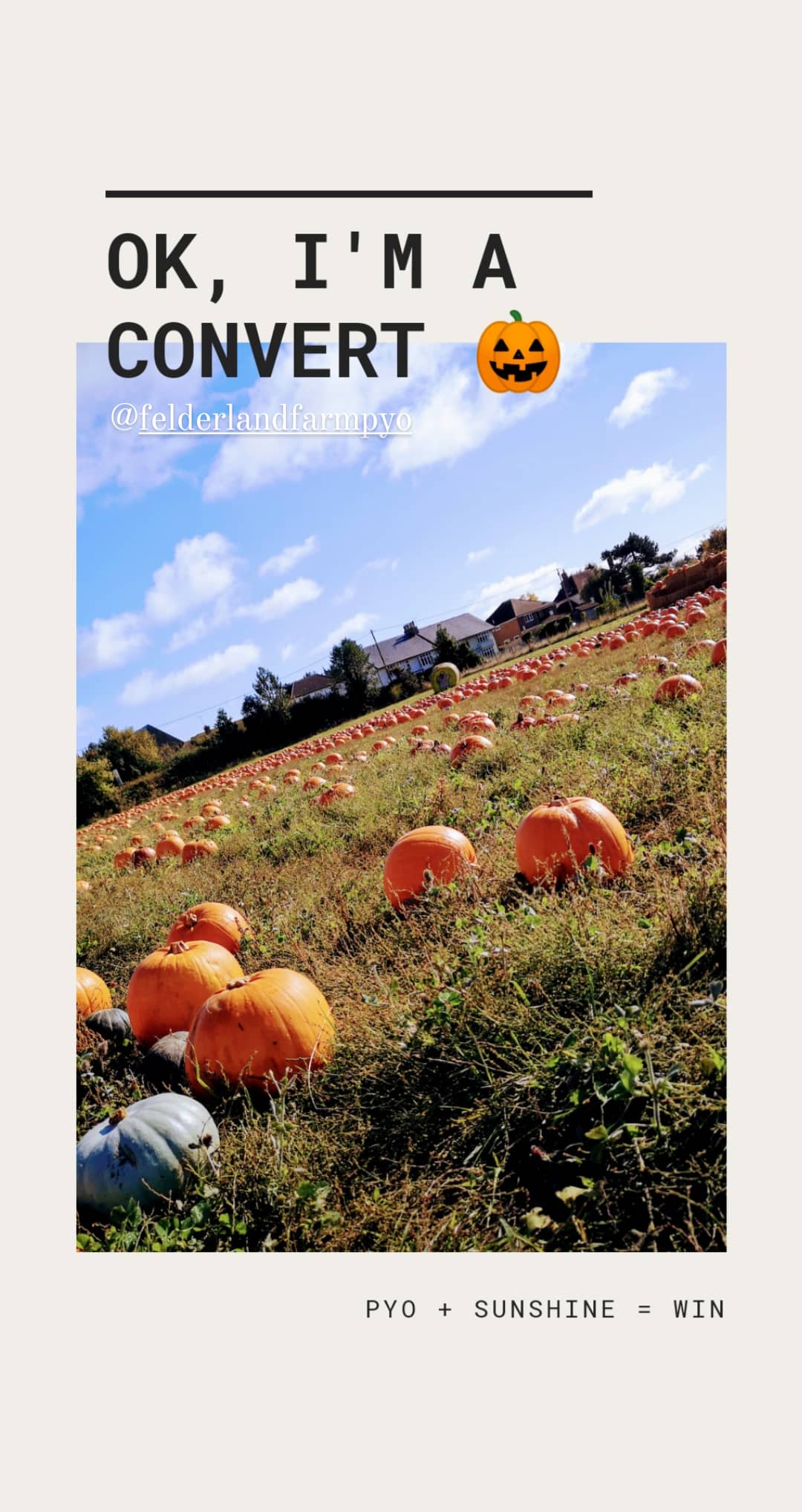 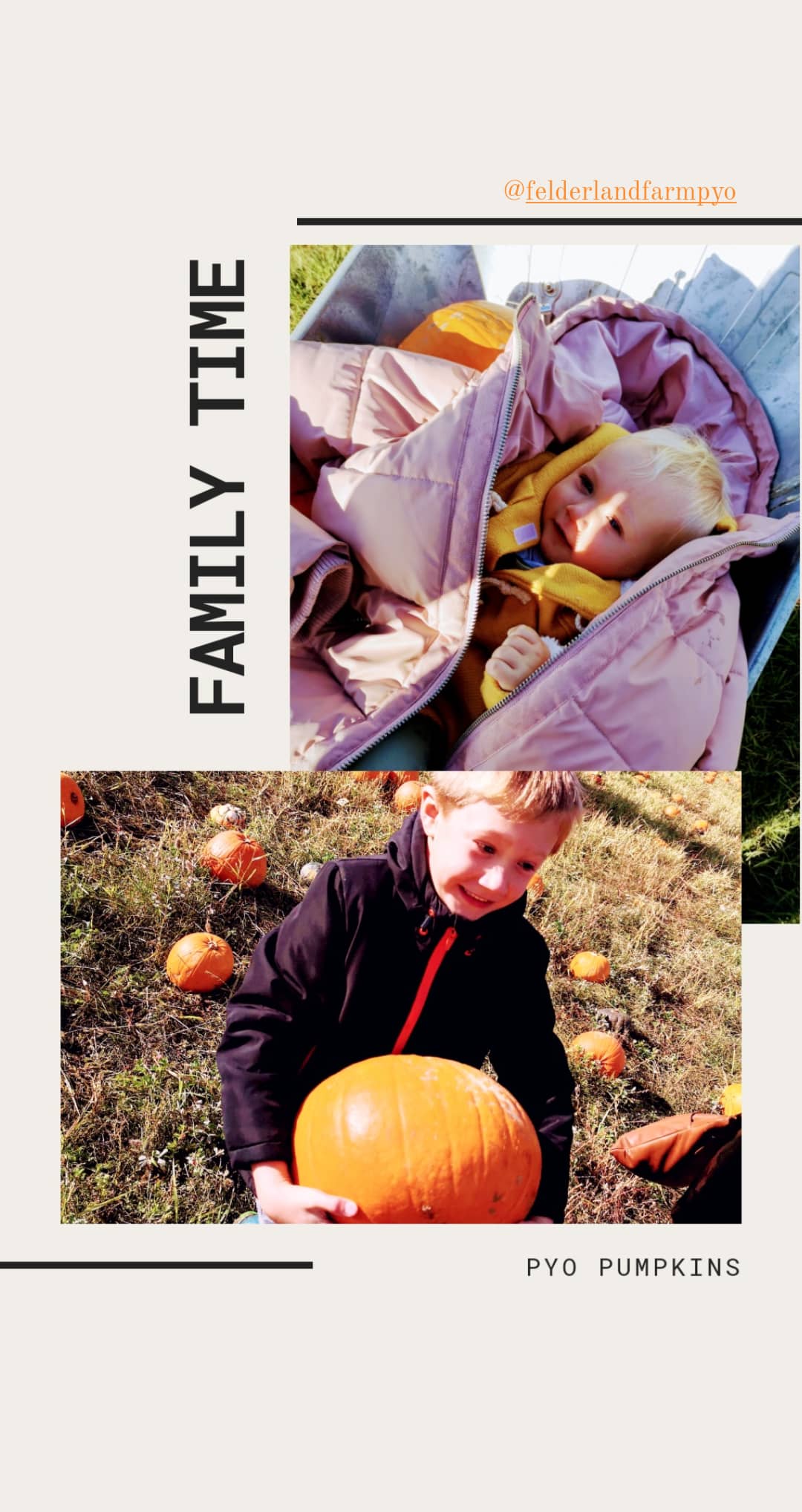 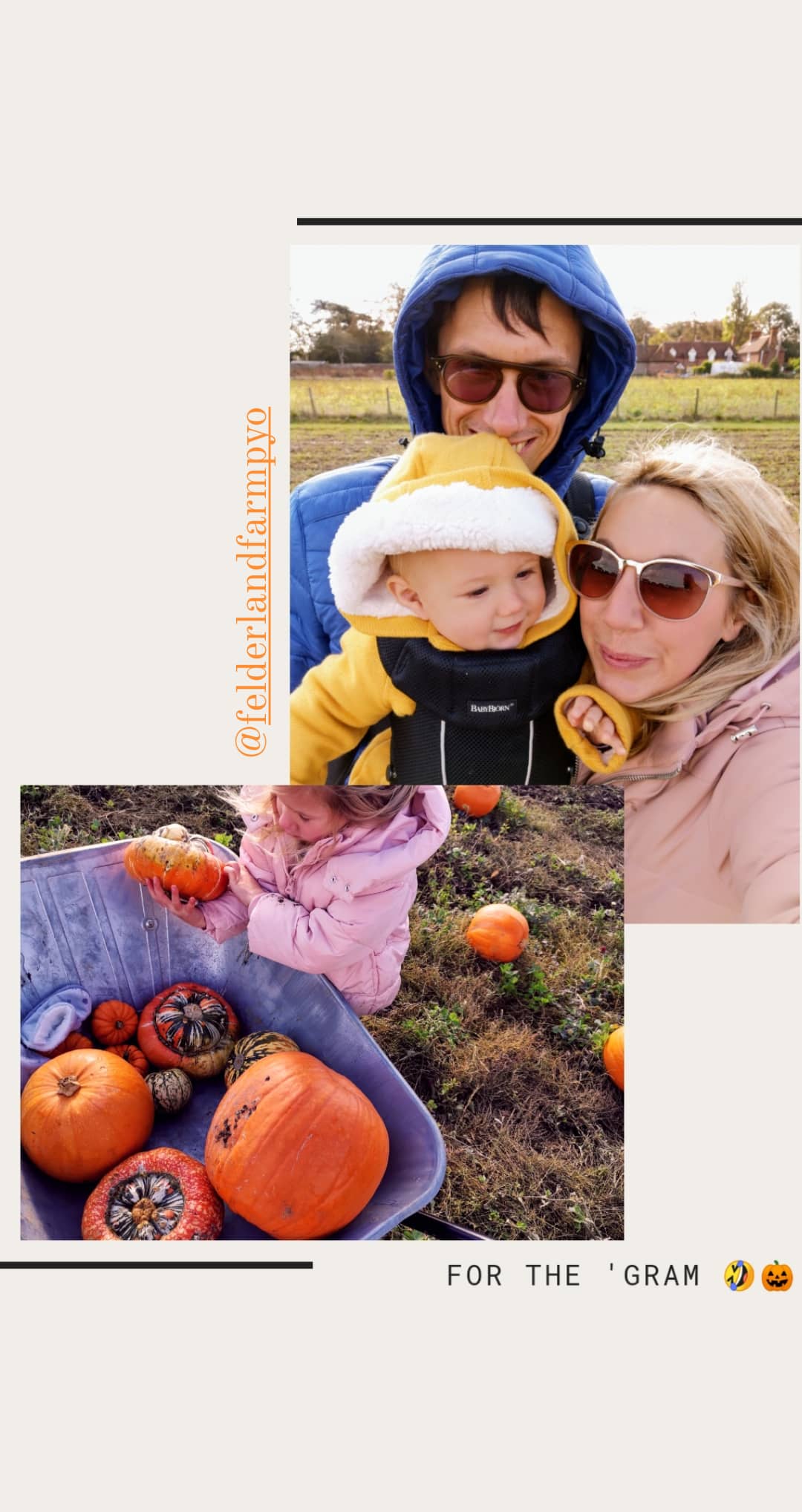 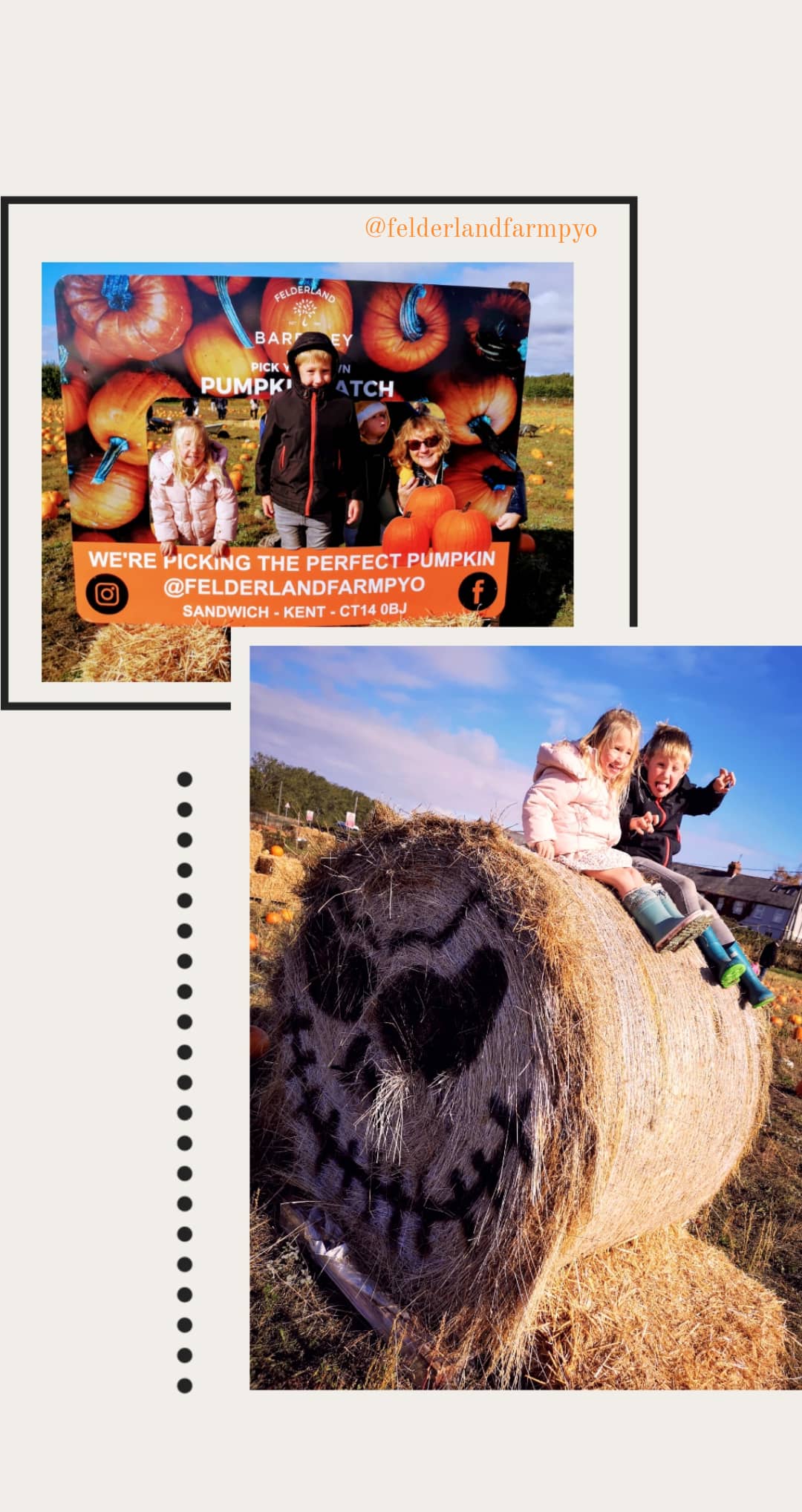 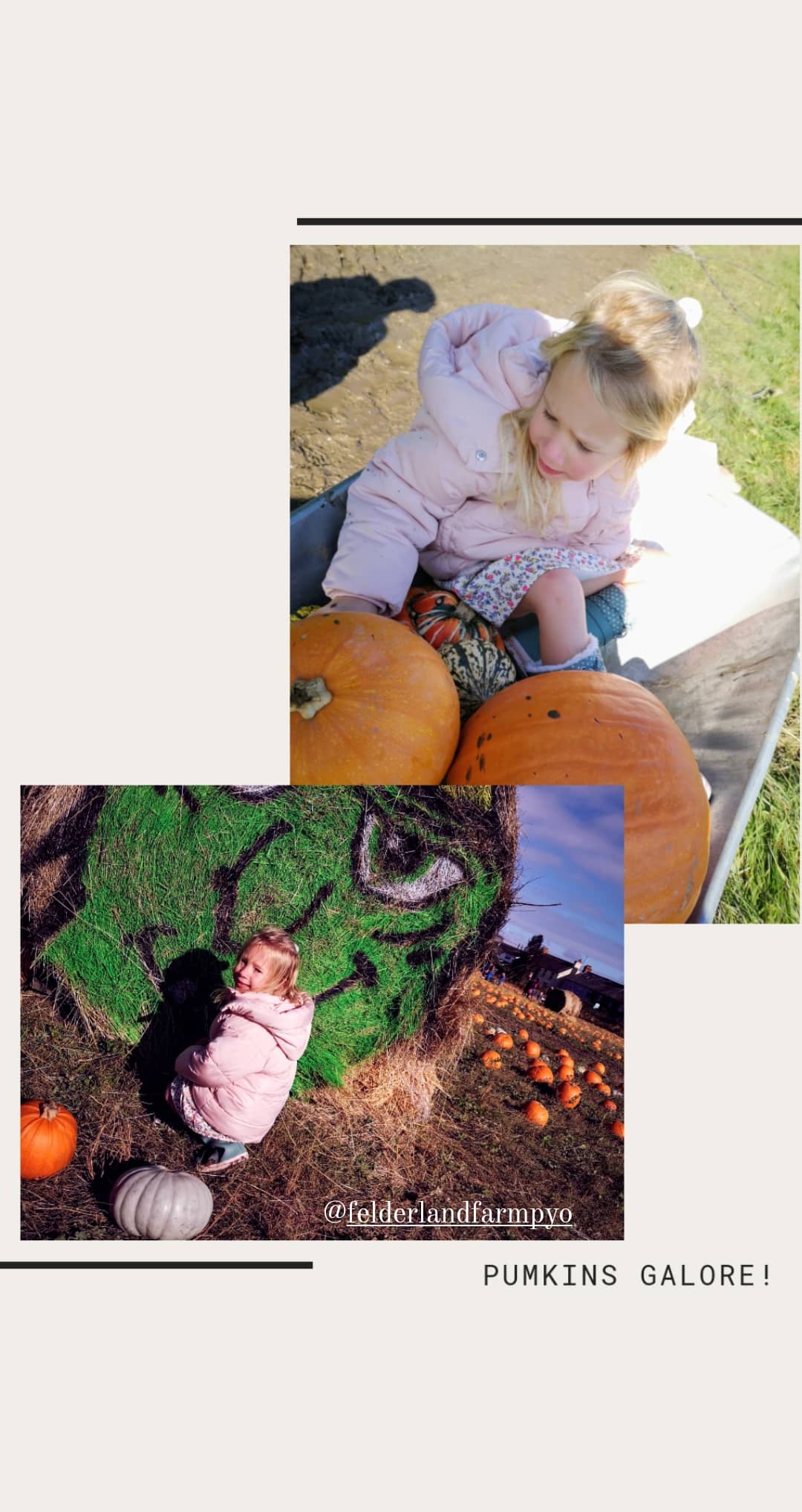 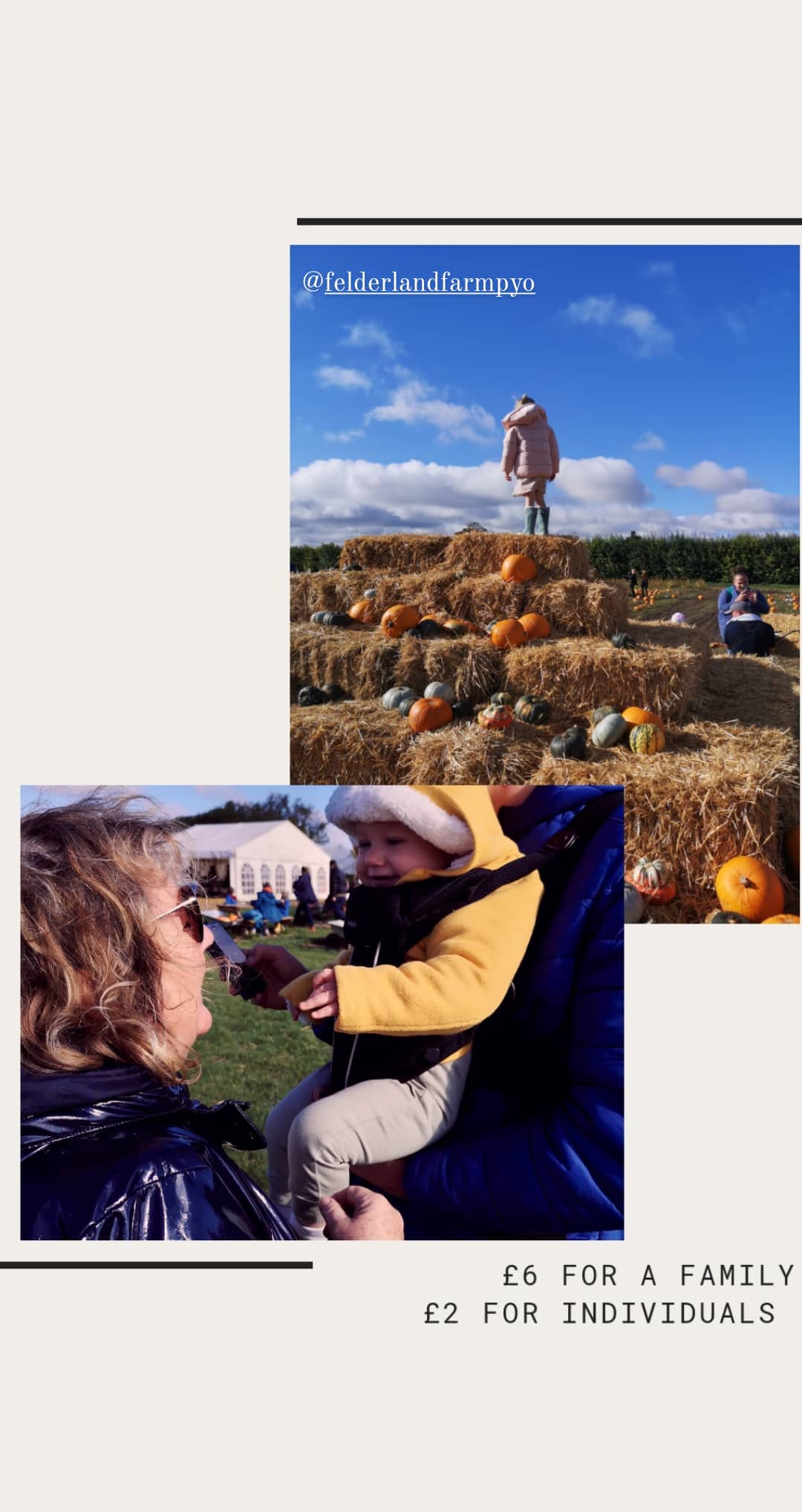 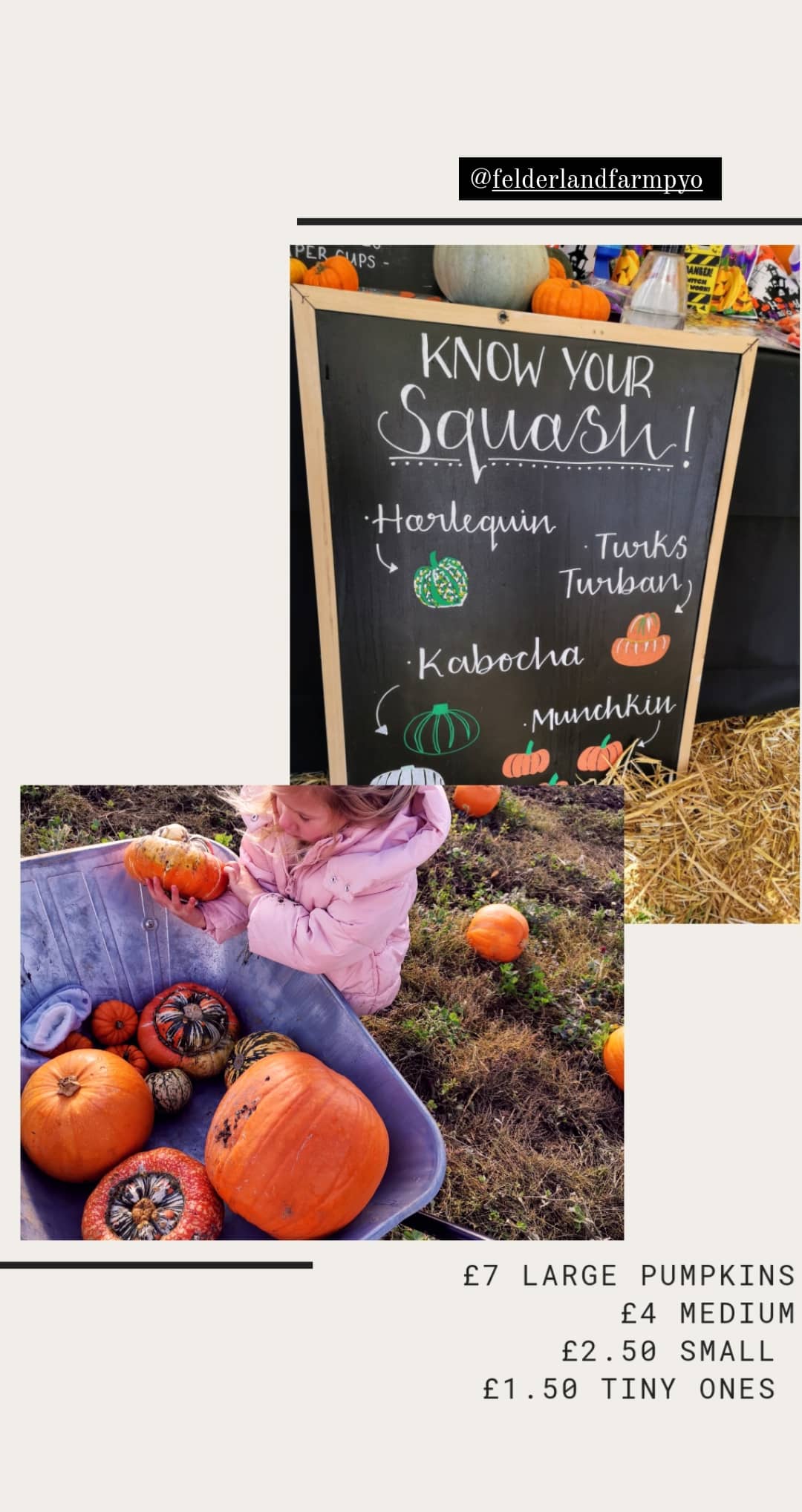 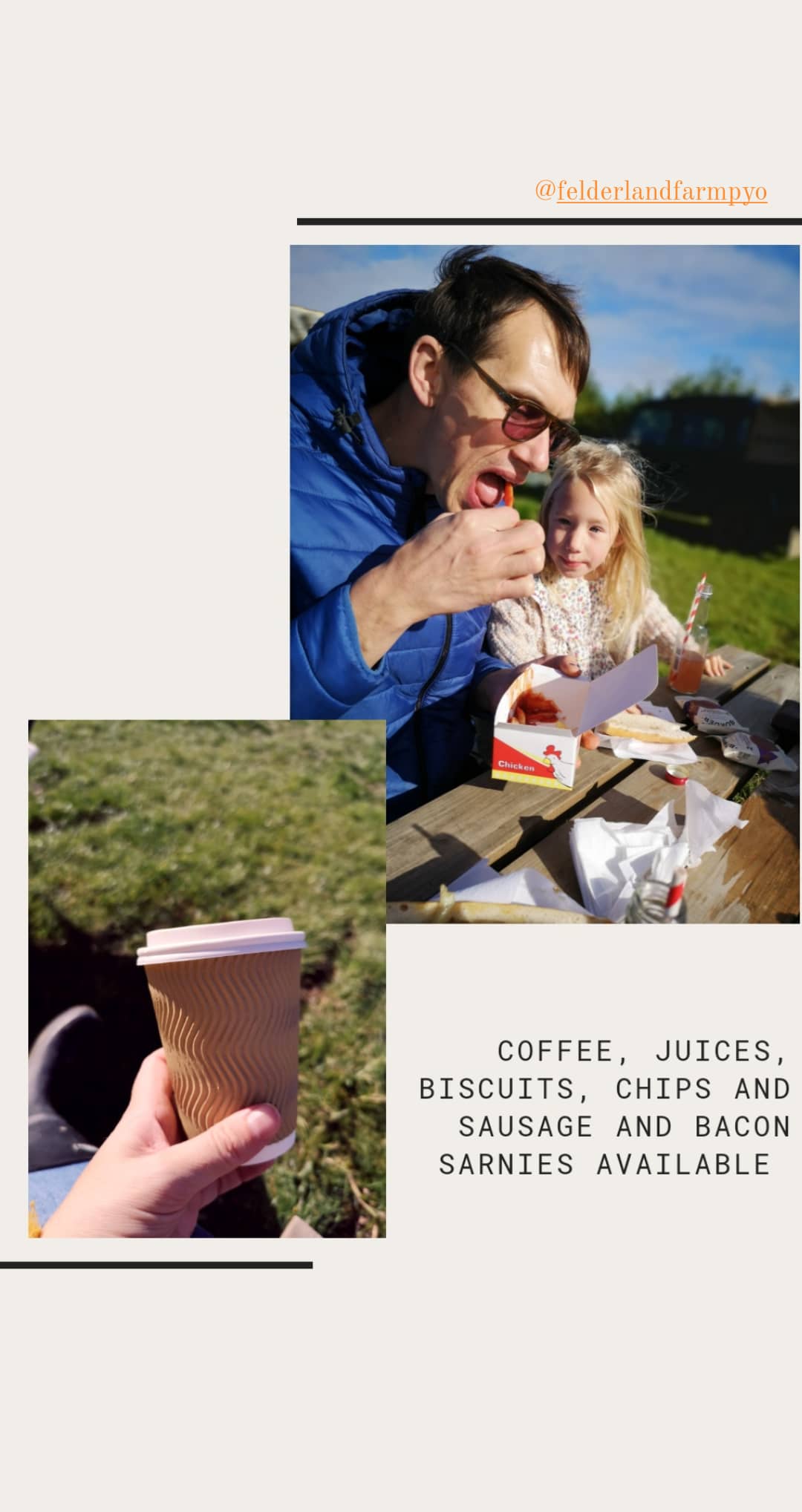 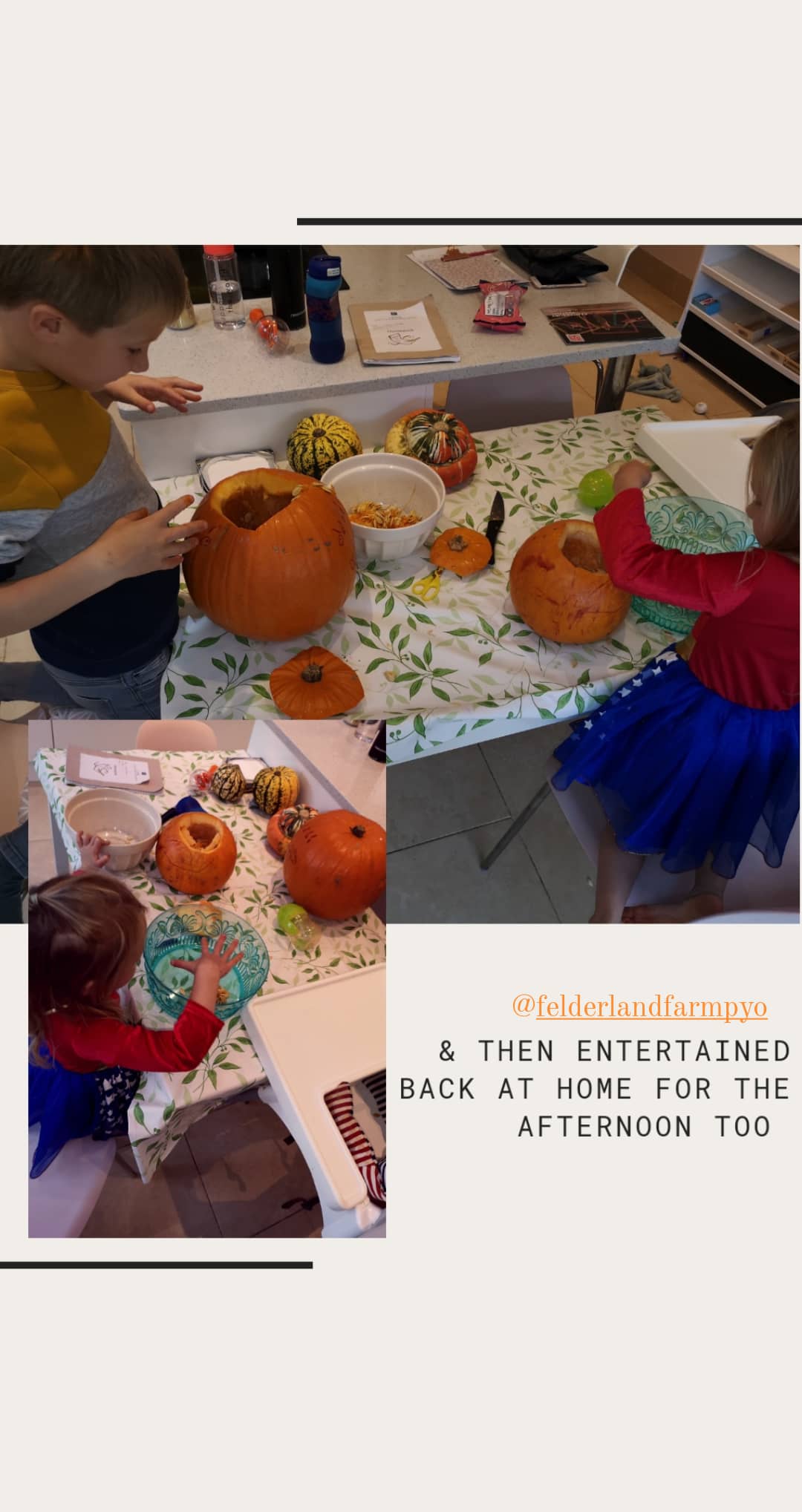