By Katy TowseOctober 8, 2020No Comments 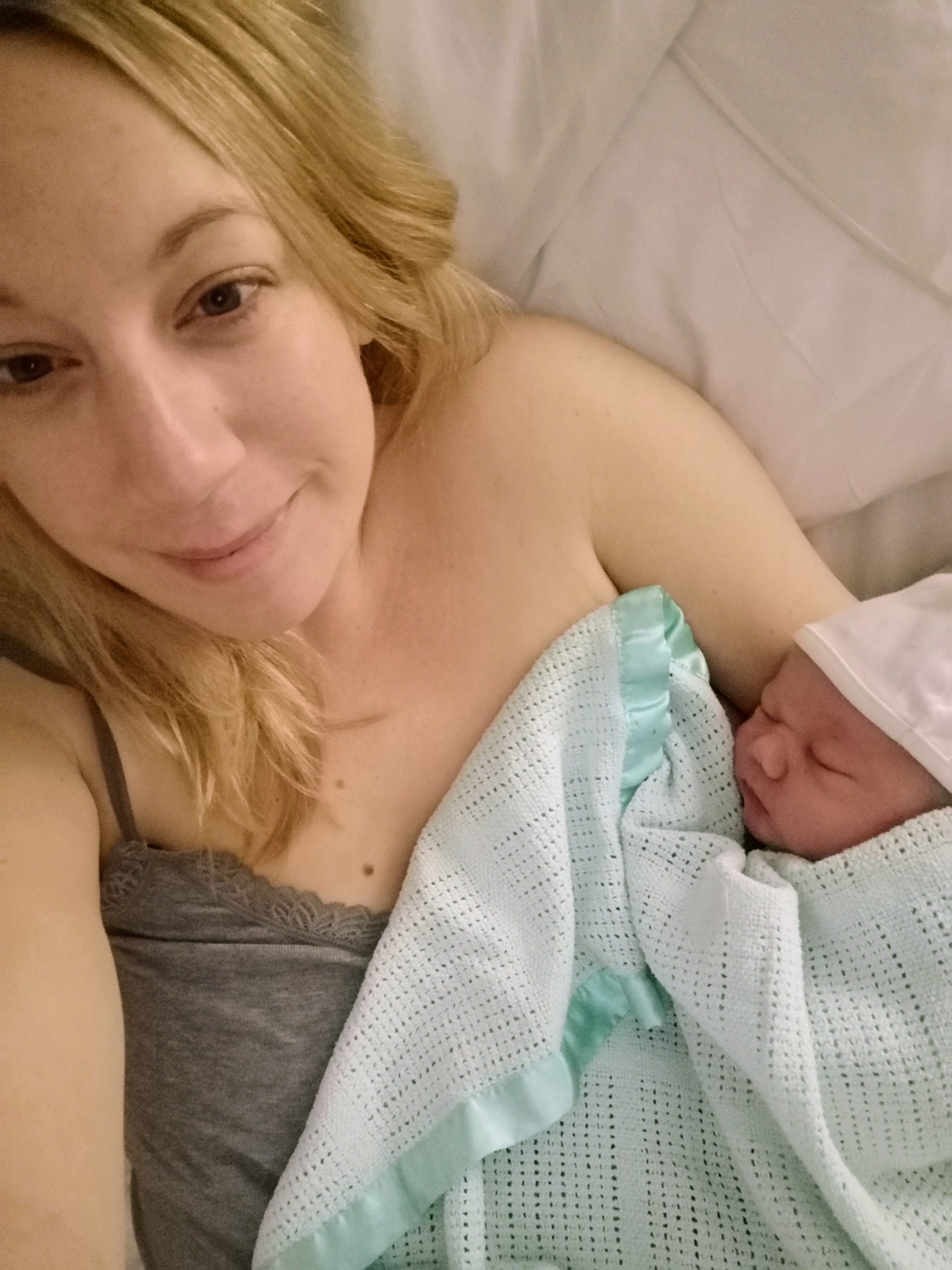 I booked a #birthafterthoughts appointment today and it nudged me to look back at the photos from Rory’s birth and decided to share the story of his arrival… Who doesn’t love a good birth story eh?

After a few weeks of frustrating latent labour (which I’d never had with the others) I went for my third sweep at almost 41 weeks at 9:30am. My waters were bulging and I was 1-2cm. The sweep was so painful that I cried and before the end of the appointment I was having very mild contractions, and so was sent up to Day Care to be assessed. They decided I was about 4cm and in labour and admitted me due to the fact that I have had such quick births in the past. After an afternoon of not much happening, a different midwife decided I was actually only 1cm and said that I should be sent home. Not going to lie, I was absolutely fuming, exhausted and tearful. We were all set with our Mums at home with the kids and I’d been back and forth from the hospital for weeks on end with reduced movements, sweeps, extra growth scans, placenta checks…

Basically I was not leaving without a baby 😂

The midwife and ward manager took pity on me and said that the only thing they could do was transfer me to a different hospital (45mins ish away) where they would induce me that evening. It seemed insane but the contractions had almost stopped and so I agreed. As we left the hospital the midwife joked, ‘don’t have the baby in the car now will you?!’

So we called the Mums, grabbed a quick nandos burger (priorities) and set off for the hospital. About 5 mins into the journey I had a really strong contraction. Then another. Then another. You get where this is going.

Mark put his foot down whilst I dealt with the contractions (FYI, don’t recommend a bumpy car journey for labouring) and we arrived at the hospital just after 7pm. They looked at the state of me and seemed utterly confused, “Aren’t you my lady coming here to be induced?!” Errr yes that’s me but no, I appear to be in full labour.

They assessed me at 7:25pm and decided I was 4cm. I was in an unbelievable amount of pain. Like thrashing around the bed, swearing and screaming like a crazy woman pain. which was SO different to my zen waterbirth with Eves (Fairy lights, 1 midwife, dimmed lights, totally contactless – the full works).
Honestly I felt out of control with the pain with Rory. If anyone had suggested breathing or visualisation at that point, it’s quite possible that I would have murdered them. I tried to have the odd bit of Gas and Air but I couldn’t really get to grips with it because I was all over the show. I suddenly felt the urge to push (to the Midwifes concern, “don’t push you’re only 4cm!”) and my waters broke with the most intense pressure and pop 😅 This was about 7:50pm.
The next 13 minutes were absolutely bloody mental. I went from 4 to 10cm. I started pushing, I shouted at a lot of people. 🤣 I swore… A LOT. I had an episiotomy. They had the forceps ready but the doctors words were “hey you’re going to do this quicker than I can.” And then my gigantic squishy 10lb baby arrived at 8:03pm.
Rory and I were completely and utterly shell shocked. I had a pretty big post partum haemorrhage (which has happened on all 3 births) but it was incredibly well managed. Straight away I was apologising for all the shouting and screaming, as we do, and Mark was like, wow babe, you were literally purple 😂😱
Unfortunately it was pretty much straight away they knew he was having a tough time with his breathing (due to the speed of delivery, he had fluid in lungs still) so he was taken into neo natal care where he looked after for a few days until he was stronger.
I think I half was expecting a repeat of Evies birth. I certainly was NOT expecting that anyway. I actually struggled the first few weeks to get my head round it and found it really emotional. It wasn’t the birth I wanted – at all – it was brutal and stressful and I still feel disappointed that that’s what happened. Even though its totally out of my own control. I tend to replay it over and over (probably my brain still wondering what the f just happened)
That’s why I’ve decided to do the Birth Afterthoughts appointment. I did this for the other kids and found it really therapeutic to talk through it all, try to understand the decision making…And make sure that I haven’t mis remembered anything (which is really easy to do).
Anyway that’s the arrival of Rory Andrew ❤️
Best bit was calling Mum afterwards who was like, ‘Have you settled in at the other hospital? What time is your induction booked?’
Errrr, so, we just had a baby instead 😂